The murderer of Hillsborough. 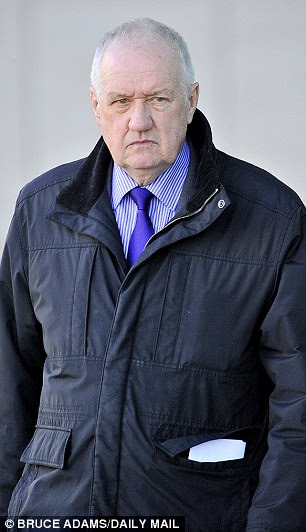 +11
David Duckenfield has admitted that his failure was a direct cause of the deaths of 96 Liverpool fans at the Hillsborough disaster
The police match commander in charge of Liverpool's FA Cup semi-final with Nottingham Forest in 1989 has admitted that his failure to close a tunnel was the direct cause of the deaths of 96 fans at the Hillsborough disaster.
During the inquest into the deaths today, David Duckenfield also admitted that he 'froze' on the day in question, while Paul Greaney QC suggested that a child of 'average intelligence' could have realised the consequences of opening a gate to relieve congestion.
Up to 2,000 fans entered Hillsborough stadium's Gate C, with many heading straight for a tunnel in front of them which Mr Duckenfield had not ordered to be closed.
They then continued to the already full central pens on the terrace which led to the fatal crushing.
Mr Greaney reminded Mr Duckenfield of his earlier evidence to Christina Lambert QC, counsel for the inquest, about his state of mind after the opening of Gate C when he told her: 'It was a momentous decision and your decision is such that you do not think of the next step. My mind for a moment went blank.'
Asked again if he 'froze', Mr Duckenfield said: 'It appears to be a distinct possibility.'
Mr Greaney said: 'You know what was in your mind and I will ask just one last time. Will you accept that in fact you froze?' Mr Duckenfield responded: 'Yes sir.'
Mr Greaney went on: 'Do you agree with the following, that people died in a crush in the central pens?' Mr Duckenfield said: 'Yes sir.'
Mr Greaney said: 'That if they had not been permitted to flow down the tunnel into those central pens that would not have occurred?' The witness repeated: 'Yes sir.' 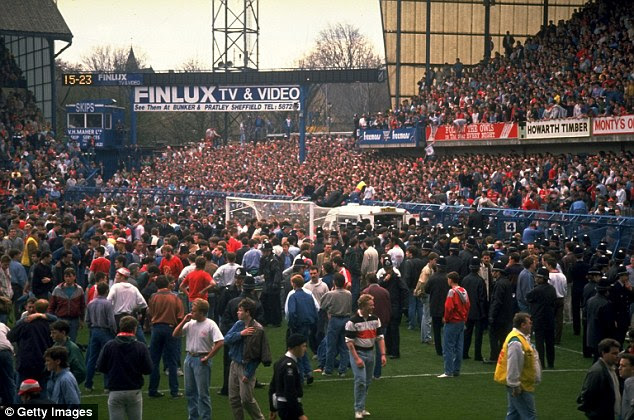 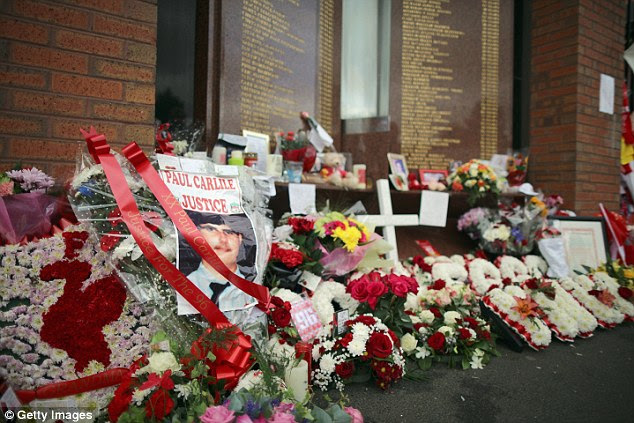 +11
Liverpool supporters and family members of the victims of the disaster have long sought justice
The barrister continued: 'That closing the tunnel would have prevented that and therefore would have prevented the tragedy.' Mr Duckenfield said again: 'Yes sir.'
Mr Greaney said: 'That you failed to recognise that there was a need to close that tunnel.' Mr Duckenfield said: 'I did fail to recognise that sir.'
Mr Greaney said: 'And therefore failed to take steps to achieve that.' Mr Duckenfield replied: 'I did sir.' 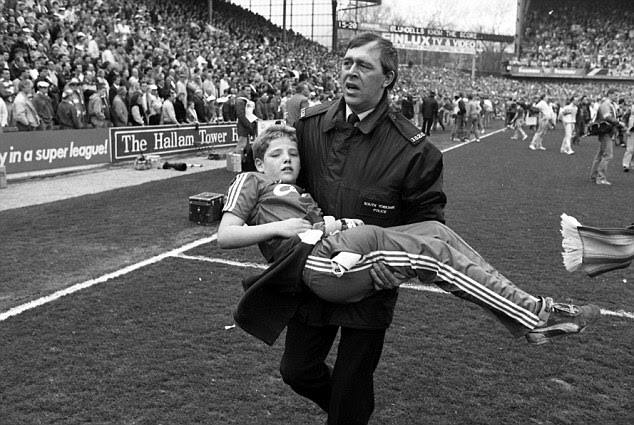 +11
A young Liverpool fan is carried away from the danger as supporters are forced on to the Hillsborough pitch
Mr Greaney said: 'That failure was the direct cause of the deaths of 96 persons in the Hillsborough tragedy.' Mr Duckenfield said: 'Yes sir.'
Earlier Mr Duckenfield had claimed he was unaware of the geography of Sheffield Wednesday's ground, this being his first match in charge, and denied that he 'bottled it'.
Mr Greaney, representing the Police Federation, put it the retired police chief: 'Do you agree that never mind a competent match commander it might only take a child of average intelligence to realise what the consequences of your actions might be?' 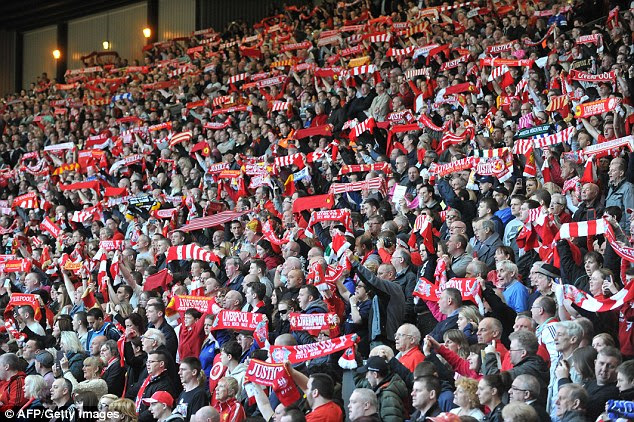 +11
Thousands of Liverpool fans hold up scarves during a Hillsborough memorial service at Anfield last year
Mr Duckenfield replied: 'I did not think of it on the day, sir, because of the pressure I was under.'
Mr Greaney asked: 'Is the explanation of your failures Mr Duckenfield not that you were ignorant of the geography for example but rather that you knew the geography, you knew what the consequences might be of people entering the crowd but you simply froze?'
The witness replied: 'I am not in a position to make that judgment, sir. Others should make that judgment.'
Mr Greaney continued: 'You bottled it. You panicked and you failed to take the action that you knew needed to be taken to avoid consequences that you had foreseen. Now does that describe your state at the time?' Mr Duckenfield said: 'I disagree with you sir.' 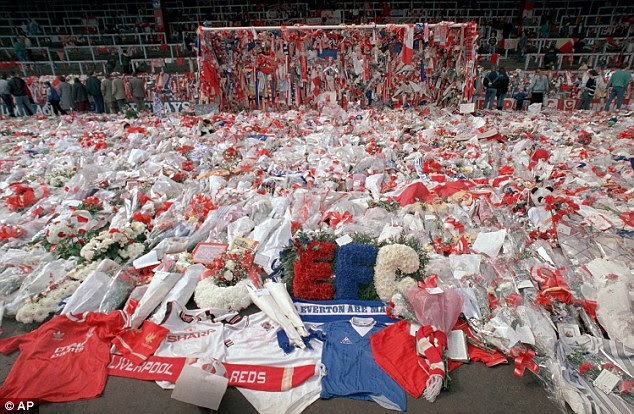 +11
A shirt of local rivals Everton is among thousands of flower tributes laid at Anfield shortly after the disaster
'Why?' asked Mr Greaney. Mr Duckenfield said: 'Because that's my view.'
The barrister said: 'Why is it your view?' Mr Duckenfield said: 'Because it is my view and there can be no other view than mine.'
Mr Greaney said: 'Do you accept that might thought to be a rather arrogant thing to say?' The witness replied: 'Sir I apologise. If that appears arrogant I didn't mean that to be so.'
The inquests have heard that Mr Duckenfield told the 1989 Taylor Inquiry into the disaster that he had made the right decisions on the day but he now accepted that he had made errors - some of which were 'grave'. 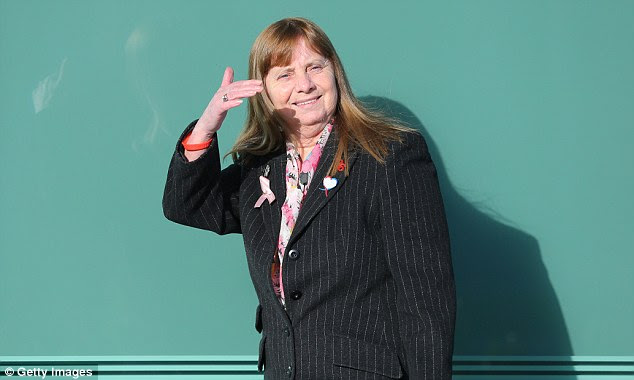 +11
Chair of the Hillsborough Families For Justice, Margaret Aspinall, arrives at the inquest last week
He has told the jury that his serious failings were due to his lack of experience and that others also played their part in the cause of the deaths.
Mr Duckenfield agreed with Mr Greaney that it was 'totally unacceptable' that a match commander 'did not have a grip on the geography of that ground sufficient to enable you to understand the consequences of your decision making'.
He also accepted that when giving evidence to Lord Justice Taylor it appeared that he was aware that the congested Leppings Lane turnstiles did lead to the central tunnel.
Mr Duckenfield said he did not want to go into detail about his 'personal circumstances' - he has previously said he suffered post-traumatic stress - but it may have been he was 'confused' when giving evidence in 1989. 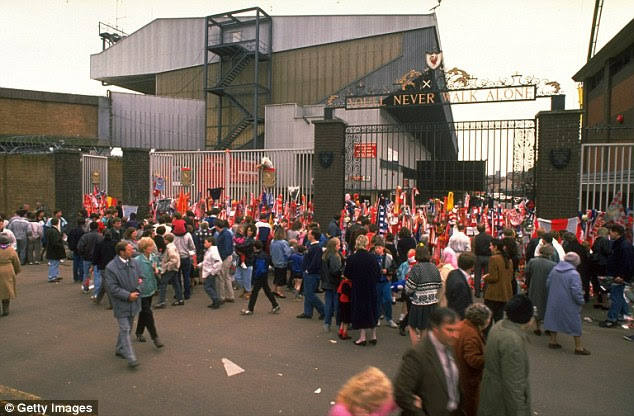 +11
Supporters pay their respects to the deceased at the Anfield gates in Liverpool after the disaster in 1989
Mr Greaney said: 'The other possibility that I put to you is that you did at the time know much more about the geography of that ground and you are seeking to conceal that knowledge from this jury.'
Mr Duckenfield said: 'I can assure you, sir, I had no idea where fans would go from A to G (turnstiles) or the opening of Gate C.'
Mr Greaney pointed out that Mr Duckenfield could have looked at a plan of the ground layout in the police control box before opening the gate at 2.52pm and that he could have consulted a fellow senior colleague with greater experience of the ground. 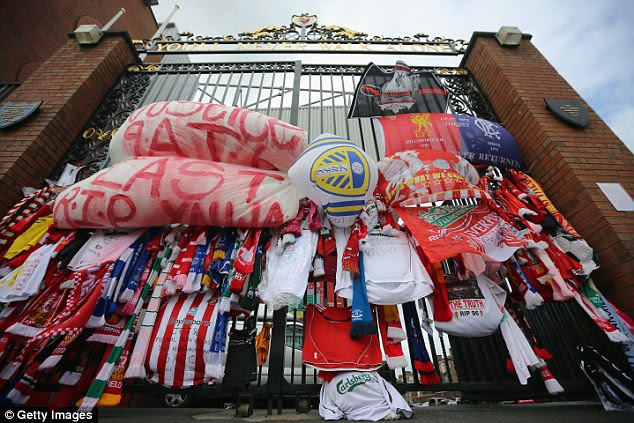 +11
A memorial service is held at Liverpool's Anfield ground on the April 15, 1989 anniversary of the disaster
The barrister told the court that another officer who was in the control box, who was operating the CCTV cameras, had earlier told the jury that he thought Mr Duckenfield was 'not a leader in that control room during that critical period'.
Mr Greaney asked Mr Duckenfield: 'Do you agree that (the officer) was describing a match commander who had frozen?'
Mr Duckenfield said: 'It is a possibility, sir, but that is his view and I cannot comment further.'
Mr Greaney said: 'Can you not tell us whether on that day in that situation you simply froze?'
The witness replied: 'Sir, I think it is fair to say that we were all in a state of shock.' 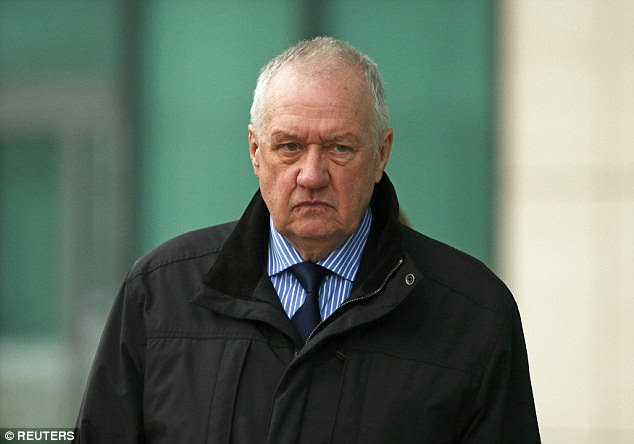 +11
Duckenfield agreed with Greaney that it would be 'disgraceful' and 'cowardly' to shift blame for his failings
Mr Greaney said: 'You were the one whose job it was to get past any feelings of shock, do you agree?' Mr Duckenfield said: 'Yes, sir, but I am human.'
Mr Greaney said: 'Do you agree that you failed to offer any true leadership in that situation on that day?' The witness replied: 'That is not my view.'
Earlier, Mr Duckenfield agreed with Mr Greaney that it would be 'disgraceful' and 'cowardly' to try to shift blame for his own failings to officers under his own command.
The retired chief superintendent of South Yorkshire Police has previously said he had expected police officers on the perimeter track of the ground and those in the West Stand overlooking the Leppings Lane terrace pens to have kept an eye on monitoring the filling of them.
But he accepted they had no received formal instructions to do so. 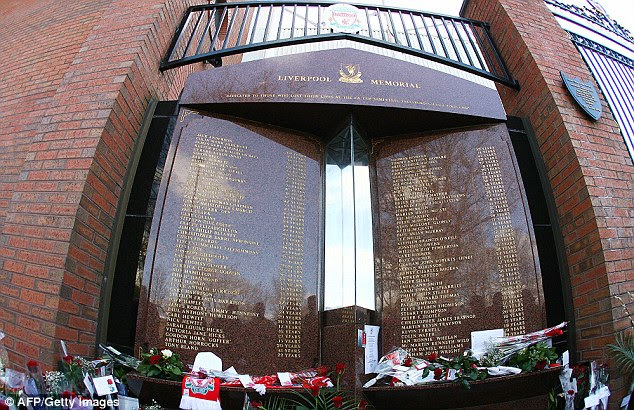