8th Apr 2013 - Latest News
A Romanian Kopite is planning to walk from Sheffield to Liverpool later this week in memory of the 96 supporters who died at Hillsborough - and to raise money for their families. 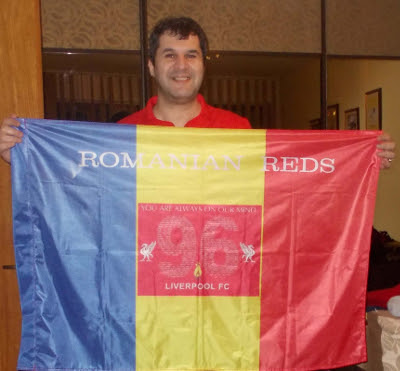 Emil Neacsu is working in conjunction with Jamie Carragher's 23 Foundation and will begin walking from Sheffield on April 10, arriving at Anfield on April 15 - the 24th anniversary of Hillsborough.
The 44-year-old, who has been a Red since 1976, explained: "In recent years, thanks to the internet and Facebook, I've discovered I can be a part of the big family that is Liverpool FC.
"At the time of Hillsborough, I only discovered the news a few days after the disaster as access to international news was limited in Romania.
"Ever since then, I have kept the tragedy in mind - particularly after I learned that some of those who died were the same age as me at the time, 21.
"In 2011, with the help of some friends, I managed to organise a church prayer at the Anglican Church in Bucharest in memory of the 96. Then, last year, I did a 96km walk in Romania in memory of the victims."
To sponsor Emil, contact Mike Lepic at the 23 Foundation viamike@jamiecarragher.org. Monies raised will go towards the Hillsborough Family Support Group.
Author: @James_Carroll84
Tagged: 23 foundation , Emil Neacsu , hillsborough
at 22:19:00 Niciun comentariu: Links to this post

Some pictures for now, the text later. By the way, in my second day of mine in Liverpool, Margaret Thatcher died. She was deeply hated here. 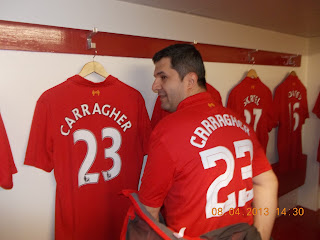 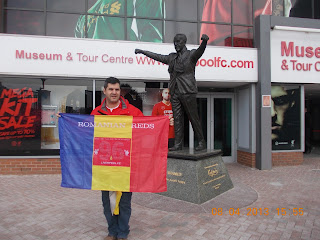