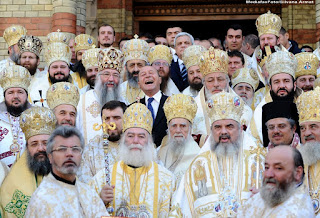 Hamid ShaliziReuters
KABUL (Reuters) - A suicide car bomber killed 13 American troops and civilian employees of the NATO-led force in the Afghan capital Kabul Saturday, the deadliest single ground attack against the coalition in 10 years of war in Afghanistan.

A Pentagon spokesman said all 13 of the ISAF fatalities were American.

Three other civilians and a police officer were also killed in the attack on a convoy of military vehicles, a spokesman for the Afghan interior ministry said.


Ads by Google
Excluding aircraft crashes, it was the deadliest single incident for the coalition since the war began in 2001.

Lethal attacks are relatively rare in heavily guarded Kabul, compared with the south and east of Afghanistan, but Saturday's killings came less than two months after insurgents launched a 20-hour assault on the U.S. embassy in the capital.

The assault on the ISAF convoy took place late in the morning in the Darulaman area in the west of the city, near the national museum.

The former royal palace, now in ruins, is also in the area, along with several government departments, and Afghan and foreign military bases.

The Taliban later claimed responsibility for the attack, saying they packed a four-wheel-drive vehicle with 700 kg of explosives.

The attack is likely to heighten worries about the reach of insurgent forces as the United States and its allies prepare to hand over responsibility for security to Afghan forces by 2014.

"We are confident we can undertake the transition," NATO's senior civilian representative in Afghanistan, Simon Gass, said at a meeting in Kabul Saturday before the attack. "If we compare the security situation to how it was two years ago, we can see very dramatic improvements in many areas."

In two other attacks Saturday, three Australians and an Afghan linguist were killed in Uruzgan province in southern Afghanistan when an attacker wearing an Afghan National Army uniform opened fire on them, authorities in neighboring Kandahar province said.

In Kunar province, east of Kabul, a teen female suicide bomber killed herself and wounded several National Directorate of Security (NDS) members in an attack on the NDS building.

ISAF commander General John Allen condemned the attacks in a statement later Saturday, as did the U.S. embassy in Kabul.

"Our common enemy continues to employ suicide attackers to kill innocent Afghan fathers, mothers, sons and daughters, as well as the Coalition forces who have volunteered to protect them," Allen said in a statement.

Violence across Afghanistan is at its worst since the start of the war 10 years ago, according to the United Nations, despite the presence of more than 130,000 foreign troops.

ISAF says there has recently been a fall in attacks by insurgents but this data excludes attacks that kill only civilians and attacks on Afghan security forces operating without international troops.

Thursday, insurgents armed with rifles and rocket-propelled grenades attacked two bases used by foreign troops in southern Afghanistan. An Afghan interpreter working for ISAF was killed in that attack, which stretched into Friday before the last of the four insurgents were killed.

There has been a series of high-profile assassinations, as well as day-to-day attacks by Taliban raiders, over the past year.

More than a dozen people were killed in the September attack on the U.S. embassy and ISAF headquarters.

(Reporting By Christine Kearney; Writing and additional reporting by Daniel Magnowski)
at 22:08:00 Niciun comentariu: Links to this post

Prince William of England descends from the same noble house that spawned Prince Vlad III Dracula of Wallachia (modern Romania). But whereas Prince William has made a killing with his handsome looks and shy smile, Prince Vlad “the Impaler” achieved infamy for his tortuous methods of execution— most notably his penchant for impaling victims on tall wooden spikes. 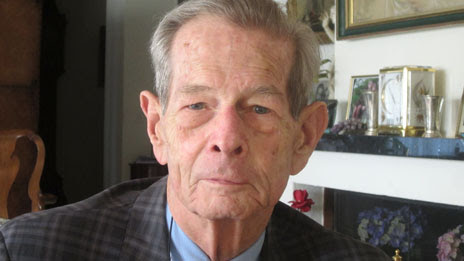 The former King of Romania won a standing ovation as he addressed the country's parliament for the first time since 1947, to mark his 90th birthday. But the last few months have not been easy, with accusations flying that he betrayed Romania to the Soviet Union and allowed the deportation of the Jews.
Asked to react to recent criticism of him in his own country, King Michael of Romania laughs gruffly.
Ninety years old, and much admired in Romania, the occasional barbs which come his way bounce off a skin hardened by both the battles of history, and the bitterness of exile.
I spoke to him at his home in Aubonne, a peaceful Swiss hamlet perched above Lake Geneva, just before he travelled to Bucharest for his birthday celebrations.
In a television chat show this summer, President Traian Basescu blamed the King for "betraying the national interest" by delivering Romania into the hands of the Soviets, when he was forced to abdicate in December 1947.
Continue reading the main story

"It's not even worth reacting to a thing like that, because it's so small, you know. And that's the type. The small insults from him, the bigger he thinks he is. I couldn't care less!" the former monarch says.
President Basescu, the prime minister, and several ministers stayed away from the king's address to both houses of parliament in Bucharest on 25 October.
The aged king, his back as straight as a ramrod, sits forward in his chair to recall his abdication.
"It was the end of the year [30 December]. My secretary called up from Bucharest and said, Groza would like to see you as quick as possible... because they wanted to talk about a 'family problem'. We had just come back from Switzerland, and my future wife and I had just got engaged, so I thought they wanted to talk about that," he says.
Petru Groza was the communist prime minister, known as the "red bourgeois" because of his own, upper middle-class background.
"Well the family question was, to put it to me that I have to abdicate. That the times have changed, monarchies don't count any more, and all sorts of nonsense of that sort."
A glance out of the window confirmed that troops had taken up positions around the royal palace. Groza then threatened him, that if he did not sign the paper of abdication lying on the desk, then he would order the execution of about 1,000 pro-monarchy supporters, most of them students, who had been arrested at earlier rallies.
"What are you supposed to do in a situation like that?" he asks, rhetorically. To back up his threat, Groza even grabbed the king's hand, and forced him to touch a pistol in his jacket pocket.
Moment of glory
He bowed to the inevitable, and signed the paper. There was an impromptu meeting of parliament the same day, and the republic was proclaimed by a handful of deputies, in a session which only lasted 45 minutes. It was the end of a Romanian monarchy which had begun just 66 years earlier, after Romania's emergence as an independent country, and the defeat of the Ottoman Empire in the Russo-Turkish War. 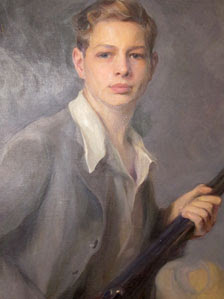 King Michael was 18 at the outbreak of World War II
Another criticism of the king which occasionally surfaces, as it did in the Swiss newspaper Neue Zuercher Zeitung this summer, is that he did not do enough to stop the deportation of the Jews.
Again, the former king says there is no case to answer.
Marshal Ion Antonescu, Romania's wartime leader, excluded the young monarch (Michael was just 18 at the outbreak of World War II) from all key decisions. Antonescu's rule was marked by anti-Semitic atrocities, including racially discriminatory laws, deportations and pogroms.
The chief rabbi of Romania, Alexandru Shafran, kept the king and above all his mother Queen Helen informed about the next actions planned against the Jews. The queen then sought urgent meetings with Antonescu, and managed to have many anti-Jewish measures and orders rescinded. Her role in saving many thousand Jewish lives was later recognised by the Yad Vashem organisation in Israel.
"It was extraordinary, how much Antonescu respected my mother," King Michael recalls now. "Even though he didn't like what she was telling him, he listened to her."
The king's moment of glory came in August 1944, when he requested a meeting with Marshal Antonescu, and demanded his resignation.
"What - and leave the country in the hands of a child?" Antonescu retorted.
The king uttered a coded phrase, and three soldiers and a captain, listening in the next room, entered and arrested the furious marshal. A provisional government was formed, and an armistice announced - an end to hostilities with Soviet troops who were already pressing towards Romania's borders.
Within hours, German planes bombed the royal palace. Romania joined the Allied side, became a victor in the war, and the country was spared the devastation and loss of life of a Soviet military conquest.
Antonescu was executed by the Communist authorities after the war, and Romanian nationalists today still accuse the king of responsibility for the death of their hero.
'Bad habits'
King Michael is one of the few men alive who can claim to have had lunch with Hitler. Once with his father in Bavaria in 1937, and with his mother in Berlin in 1941.
Continue reading the main story

Source: The Times
He cannot remember what they had to eat, but does remember Hitler praising the performance of Romanian troops on the eastern front - at that time, still fighting the Soviet army.
But what was Hitler actually like? He says he doesn't remember much of what was said - on one of the occasions, there was no translator to help him understand the German conversation.
"He would sometimes screw up his face..." says the king, grimacing for my benefit.
The festivities to honour his birthday in Bucharest include a royal gala performance at the opera, a dinner at the National Bank, and a presentation of awards.
In his first speech to parliament for 64 years, he offered a little criticism of his own.
"The time has come... to finally break with the bad habits of the past", Michael told a packed house.
There should be an end, he said, to "demagogy, selfishness and attempts to cling to power".

More on This Story