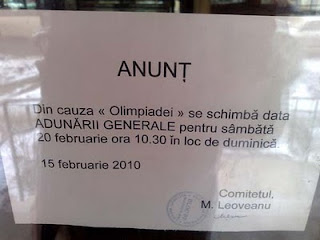 Greeks strike over austerity plan
Public sector workers in Greece have launched a national strike, with thousands rallying against the government's budget-cutting measures.

Flights have been grounded, many schools are closed and hospitals are operating an emergency-only service.

EU leaders will discuss Greece's difficulties at a Brussels summit on Thursday amid concern the crisis could threaten the credibility of the euro.

European finance ministers are also due to hold a teleconference on Wednesday to talk about the issue.

Despite heavy rain, there were rallies across Greece on Wednesday, with thousands of striking workers and pensioners gathering in Athens.

The rallies have been mainly peaceful, but in one incident police fired tear gas at rubbish collectors who tried to drive through a police cordon.

“ It's a war against workers and we will answer with war ”
Union member Christos Katsiotis
Some demonstrators threw stones at the police but the trouble was quickly defused.

The unions regard the austerity programme as a declaration of war against the working and middle classes, the BBC's Malcolm Brabant reports from the capital, and their resolve is strengthened by their belief that this crisis has been engineered by external forces, such as international speculators and European central bankers.

"It's a war against workers and we will answer with war, with constant struggles until this policy is overturned," said Christos Katsiotis, a union member affiliated to the Communist Party, at the Athens rally.

Others in the capital either see the cuts as necessary or argue that the strike is politically motivated. Have Your Say

Sam, UK
"We have to implement the austerity measures, or the country will not be able to get out of this crisis," said Katerina, a private sector employee. "We have to pay for the mistakes of the past."

On Tuesday, Greek Prime Minister George Papandreou's socialist government announced that it intends to raise the average retirement age from 61 to 63 by 2015 in a bid to save the cash-strapped pensions system.

The move comes on top of other planned austerity measures, including a public sector salary freeze and a hike in petrol prices announced last week.

Public sector workers will not be hit as hard as they have been in the Irish Republic, but they complain that some of the lowest paid will suffer while the rich dodge tax with impunity, says BBC Europe correspondent Jonny Dymond.

Financial markets around the world and politicians from across Europe will be watching the situation carefully, he reports from Athens.

The markets remain sceptical that Greece will be able to pay its debts and many investors believe the country will have to be bailed out.

The uncertainty has recently buffeted the euro and the problems have extended to Spain and Portugal, which are also struggling with their deficits.

The possibility of Greece or one of the other stricken countries being unable to pay its debts - and either needing an EU bailout or having to abandon the euro - has been called the biggest threat yet to the single currency.

Ahead of Thursday's Brussels summit, some business media reported that Germany is preparing to lead a possible bail-out, supported by France and other eurozone members.

Mr Papandreou was in Paris on Wednesday for talks with President Nicolas Sarkozy.
at 15:39:00 Niciun comentariu: Links to this post

An Arab ambassador has called off his wedding after discovering his wife-to-be who wears a face-covering veil is bearded and cross-eyed.
The envoy had only met the woman a few times, during which she had hidden her face behind a niqab, the Gulf News reported.
After the marriage contract was signed, the ambassador attempted to kiss his bride-to-be. It was only then that he discovered her facial hair and eyes.
The ambassador told an Islamic Sharia court in the United Arab Emirates he was tricked into the marriage as the woman's mother had shown his own mother pictures of her sister instead of his bride-to-be.
He sued for the contract to be annulled and also demanded the woman pay him 500,000 dirhams (£85,000) for clothes, jewelry and other gifts he had bought for her.
The court annulled the contract but rejected the ambassador's demand for compensation.
The report did not identify the ambassador.
at 14:23:00 Niciun comentariu: Links to this post

We'll have elections by text messages, governments chosen by remote control. We are legitimizing what used to be regarded as Israel's great sin - emigration.

The most right-wing government in Israel's history, which hunts down anyone who hasn't done military service and declares war on anyone who questions its whims, is now opening its legs to those whom until recently it regarded as traitors.
Advertisement
From now on, those who left Israel will be able to vote on its leadership. Tomorrow, maybe all the Jews in the world will do so. Anything to increase the support for the right-wing parties, anything to neutralize the "demographic threat."

If worst comes to worst, maybe we'll even let the Christian Evangelists - those friends of Israel - vote. Why make do with 5 million Israeli Jews? Let's add another million.

Much water has flown through the Hudson River since Yitzhak Rabin called the migrants "dropouts." Today we follow their success stories - whether real or imaginary - with envy. We read the stories about those who "made it" there, and every used car salesman on the outskirts of Columbus, Ohio seems to have achieved the ultimate Israeli dream.

They come here once a year or two, stay at the Hilton and lecture us from the lobby to strike harder, to kill more, to deepen the occupation, to strengthen the settlements. It's easy to be nationalist in Manhattan.

Now they will be our partners. War and peace, territories and settlements, subsidized medicine and Avigdor Lieberman. All these issues will be in the hands of about 1 million old-new Israelis who left shamefacedly. They will vote for racism and war, while we will eat the rotten fruit.

Israel won't hear about a Palestinian right of return, and deprives all rights to every Palestinian who goes abroad, after his or her family lived here for generations. But it is opening its gates to people who haven't lived here for decades. Now they will vote with their acquired American accent.

Benjamin Netanyahu knows a thing or two about them personally. Most of his uncles and cousins on his father's side left Israel or were born to Israeli expatriates. Exemplary patriots.

Not all is clear yet. What about the ex-Israelis' children? Will they be able to vote, too? How about their grandchildren? Are Arab Israelis included?

All this does not matter. Netanyahu and Lieberman have broken a new record for cynicism. A singer who did not serve in the Israel Defense Forces isn't allowed to perform, left-wingers are seen as a traitors. But an Israeli who hasn't stood in a traffic jam here for 50 years will be able to vote. Lo how the Zionism of once has become today's cynicism.
at 11:32:00 Niciun comentariu: Links to this post