A car travelling at high speed ploughed into a crowd waiting for Queen Beatrix of Holland, reportedly killing up to four people.
Witnesses said that the black Suzuki Swift appeared to deliberately target an open bus carrying Queen Beatrix and her family in the town of Apeldoorn during festivities to mark Queen's Day, a national holiday.
The car swerved across police railings, where crowds of people were waiting to see the queen pass, and slammed into the foot of a stone monument, where it came to a halt, its bonnet crumpled and scraped.
The royal bus was not hit, and no one in the queen's entourage was injured, officials said.
But television footage showed members of the royal family, riding in the open top bus, clutch their hands to their mouths in shock as the car sped through a barricade right before their eyes.
From television footage of the incident, the car appeared to have already been heavily damaged before crashing into the monument.
A policeman narrowly escaped injury when he jumped off his bicycle to avoid being hit.
Dutch television said that at least 14 people were mown down and injured, but police in Apeldoorn, about 55 miles from Amsterdam, declined to confirm the report.
Police removed a white male from the vehicle and put him into an ambulance. Investigators said a press conference would be held later today.
The Dutch ministry of royal affairs announced that the Apeldoorn celebrations were cut short after the incident.
"Her majesty the queen, on behalf of other members of the royal family, expresses her shock at the incident and conveys her condolences to the victims and their next of kin," said a statement.
Hundreds of thousands of Dutch took to the streets in several cities in orange wigs and bizarre hats to celebrate Queen's Day, an annual festival and national holiday for the Netherlands.
- aprilie 30, 2009 Niciun comentariu:

• Iulian Fota, national security adviser to President Traian Basescu of Moldova, who addresses the German Marshall Fund of the United States on "realities and repercussions of unrest in Moldova."
- aprilie 27, 2009 Niciun comentariu: 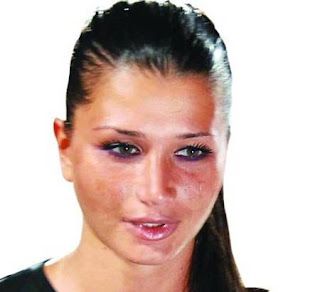 (CNN) -- Alina Radu's newsroom in Moldova has turned into an impromptu safehouse for local journalists, as their attempts to cover massive anti-government protests this week have put them in danger in the former Soviet state.
Radu, director of the Moldova's weekly newspaper, Ziarul de Garda, told CNN Friday that attacks from authorities against journalists are the worst she has seen in her 20 years of experience as a journalist.

She said more than 10 reporters were huddled in her newsroom, afraid to return home.

"A lot of journalists have been arrested," including Rodica Mahu, editor-in-chief of Jurnal de Chisinau, based in the capital, Radu told CNN in a phone interview Friday.

Mahu was released after two hours of questioning, but whether she would be charged with any offense was unclear.

"They accused me of preparing an armed attack and that my fingerprints were found on the stones that were thrown at the parliament building and the president's office," Mahu, referring to events Tuesday, told CNN late Friday over the phone from her office at Jurnal de Chisinau.

Mahu said she was detained after police watched her dictate details about a small demonstration at a Cabinet building in the morning. "I told them I was just doing my job as a journalist," she said.

"It is not normal that (a) journalist go missing in Moldova," she added.
Authorities began harassing journalists Thursday, when four journalists covering the arrests of protesters were attacked and their cameras destroyed, Radu said. Images from the protests »

The journalists have been reporting on the demonstrators -- many of them students -- protesting Sunday's election results, which sparked violent riots in the capital, Chisinau.

The demonstrators claim the ruling Communist Party manipulated the results to make it appear that it had won 50 percent of the vote. A 50 percent majority would allow the party to select a new president and amend the Constitution.

On Friday, Voronin gave in to the protesters' demand for a full recount of the election results.

"The president wants to destroy any kind of democracy. He wants to control the minds and activities of everyone," said Radu. "My parents had seen this situation when Stalin was in power. This is a repetition."

Demonstrators turned out in unexpected numbers Wednesday, multiplied by social-networking tools such as Twitter and Facebook. An estimated 10,000 gathered Tuesday, a spontaneous mob called out to the central square in Chisinau. That followed protests on Monday that were peaceful.

For international journalists attempting to enter the country, the situation has been discouraging.
Reporters Without Borders, a journalism advocacy group, reported that 18 Romanian journalists working for local and international media outlets -- including Agence France-Presse, Associated Press and Reuters -- were denied access to Moldova.

"We condemn this unfair and dangerous decision by the Moldovan authorities," Reporters Without Borders said in a statement. "It not only hampers proper media coverage of what is taking place but it also exacerbates the tension between Moldova and Romania, fueling a nationalistic and aggressive discourse that could destabilize the situation even further.
- aprilie 10, 2009 Niciun comentariu: 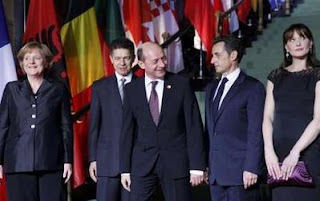